Fear, Anxiety, and The Spider in LIMBO

In the video game LIMBO, there is a giant spider who acts as the main enemy for a time. It is introduced early on in the game, and is defeated approximately around the midpoint. Its actions, as well as the sights and sounds associated with it, make it a particularly interesting character due to the way it engages with the concept of fear versus anxiety, as well as the feeling of being watched by an "other".

Towards the beginning of Limbo, the giant spider is first seen partially hidden behind a tree.

Ex. 1: The first appearance of the spider 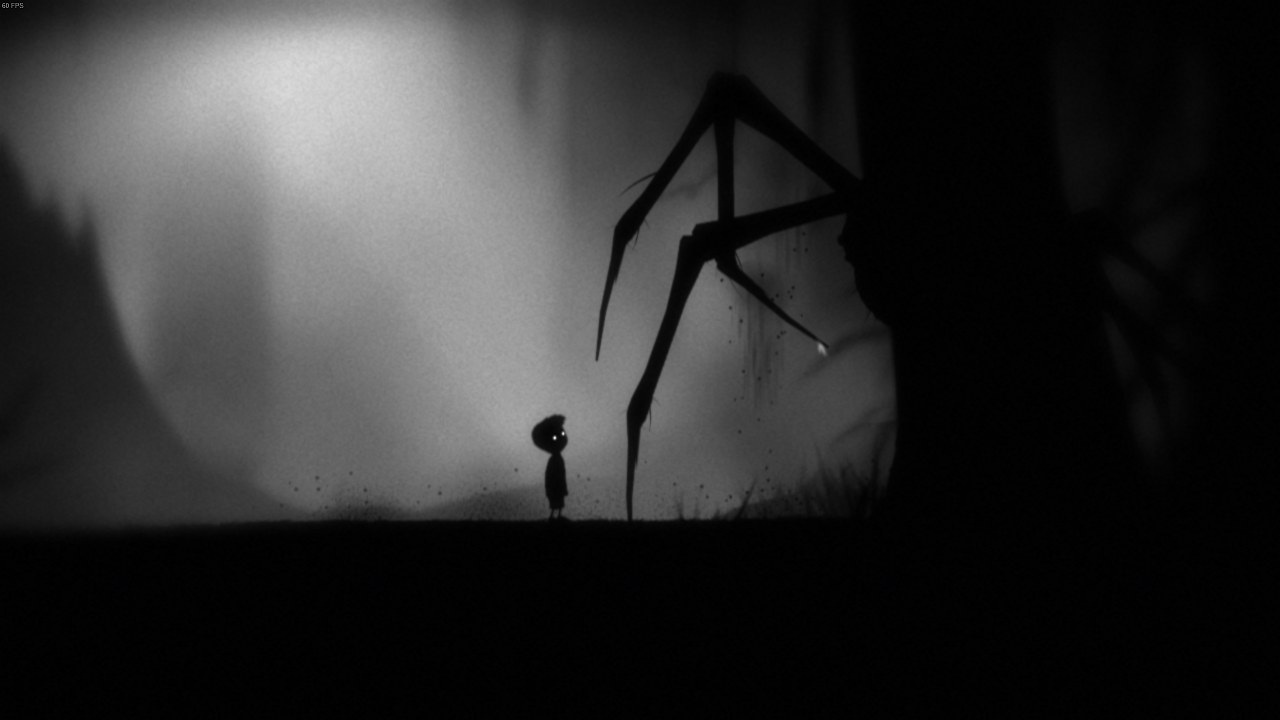 The first appearance of the spider was particularly impactful because it was the first time something overtly malevolent was introduced in the game. Prior to this, there were no real “enemies”. To me, this had a great effect because it gave what was already a creepy atmosphere an actual feeling of danger. This could be interpreted as a crossing-over point from how Freud defines anxiety to how he defines fear: “ 'Anxiety' describes a particular state of expecting the danger or preparing for it, even though it may be an unknown one. 'Fear' requires a definite object of which to be afraid.” Freud, Sigmund. Beyond the Pleasure Principle. James Strachey (New York and London: Norton, 1990 (1920) p. 12.) The subsequent sections after the first encounter with the spider deal with evading and defeating it. The spider is a clear object of fear during this time, and it created a great contrast from the previous sections where the atmosphere of the game is more anxious than fearful. However, leaving the spider partially obscured by the tree still leaves some air of anxiety, since the player still doesn't have a complete idea of what the spider is. Its full form and nature is revealed incrementally as the game progresses.

Here is a video of all of the chapters of the game in which the spider appears.

The subsequent sections of the game are filled with tension. You see the vague form of the spider climb into the trees after the first encounter, and you have no way of knowing if the spider is observing you or not. The game begins to fall in line with the concept of the Panopticon, as described by Jeremy Bentham and Michel Foucault. See Foucault, Michel. "The Panopticon" in Discipline and Punish Alan Sheridan (New York: Vintage, 1995 (1975)). The presence of an unseen observer has a profound effect on the experience of the game. Essentially, the spider is exerting power over the player with the mere possibility of being an observer. You act in fear of the spider despite it not being present. The Panopticon was a concept of a prision system in which a tower with an unseen supervisor watched over inmates in individual cells, and was the basis for the modern prison. Foucault explored the sinister psychological implications of this system.

Some time after first encountering the spider, you are captured by it and have to escape. At this point, all questions about what the spider is have been answered, at least on a surface level. You have seen its full body, and you have seen what it will do with you once it has you. It would seem that all anxiety has been turned to fear. However, visuals are not all there is to the spider. While it is on screen, it is always accompanied by a low rumble until it is finally killed. Here is a recording:

This is incredibly unnatural sounding. It is unrelenting; there are no pauses for breath, and it seems to come from all places at once rather than the spider itself. There is also a constant, rapid clicking that is embedded in the rumble. Here is a spectrogram of this sound to help visualize this:

Ex. 4: Spectrogram of the spider's rumble. You can see the prominent low frquencies, as well as the spikes from the clicking sound. 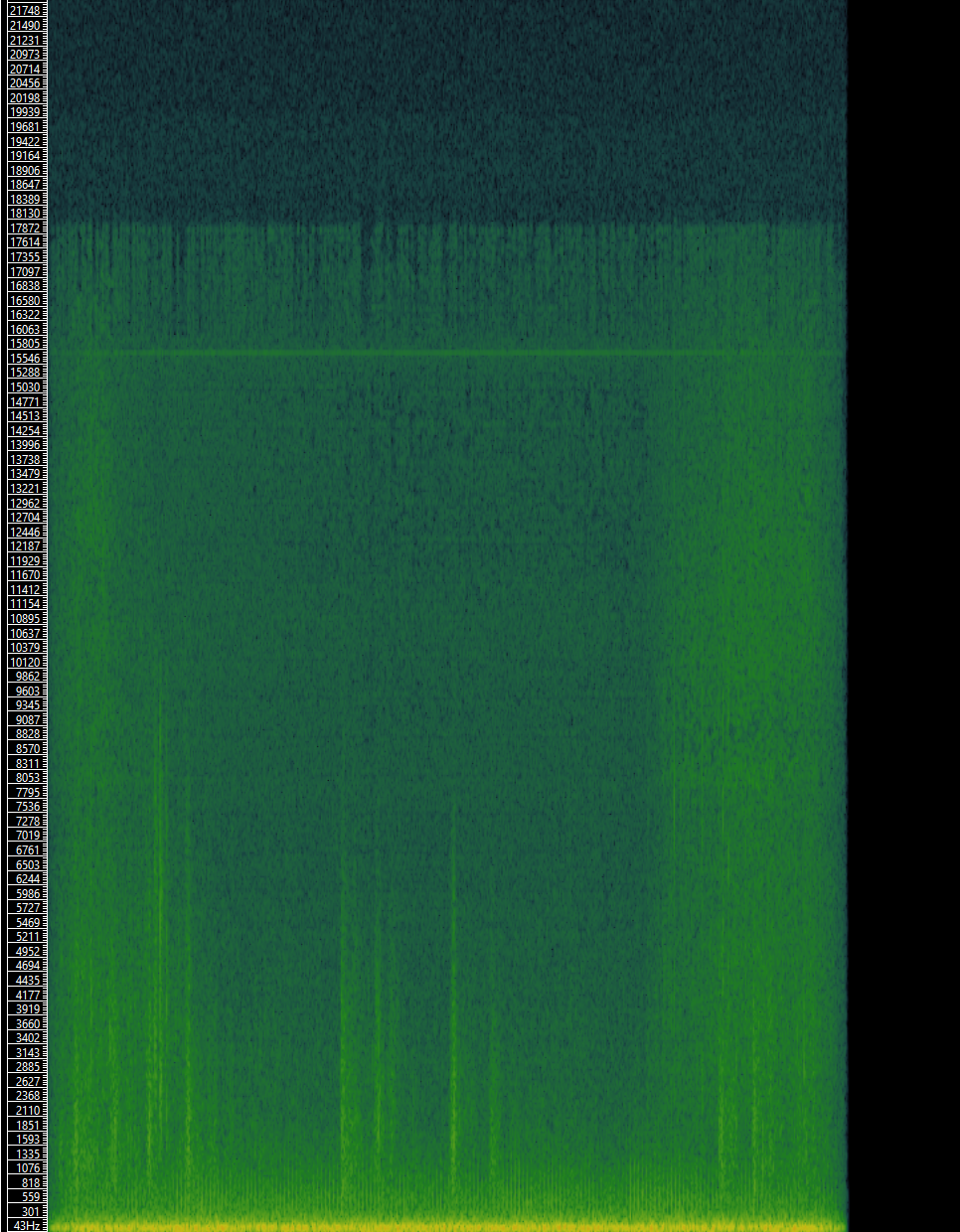 I would argue that this sound helps keep an air of anxiety present even though the spider is a concrete object of fear. It communaticates that this is not simply a large spider, but there is something otherworldy about it that we cannot quantify. Perhaps the most unnerving aspect is its all-encompassing nature. Hearing a sound that is supposeldy coming from another creature from every angle, including within yourself, is incredibly unnerving. This could because it gives the impression of breaking the sonorous envelope as a part of the skin-ego. See Anzieu, Didier. "The Sound Envelope" in The Skin Ego. Chris Turner (New Haven: Yale University Press, 1989). The concept of self, bounded by sound, is being challenged by the spider through this rumble, which a simple large spider would be incapable of accomplishing. Simply put, while we fear the spider, we are anxious about the unknown nature of it, and the things that it may be capable of. This is an incredibly powerful effect for a simple rumble to create. In The Skin Ego, Anzieu establishes the concept of the skin-ego as a way that we define ouselves through "skins" confined by our senses. One of these is the sonorous envelope, in which we define ourselves by our relation to the sounds around us and the ones that we produce.

The killing of the spider is also an important moment in the scope of fear/annxiety created by the spider. There is a palpable release of tension when the sound stops after the spider is gone that would not be there if it was only accompanied by its footsteps. Additionally, this is the only time in the game where the boy willingly touches the spider. Previous encounters were all either solved by running away or setting traps. Not onl;y does this signify then end of the fear/anxiety, it allows the player to exert control over the spider and end the fear/anxiety themselves.

Ex. 5: The boy ripping the spider's leg off 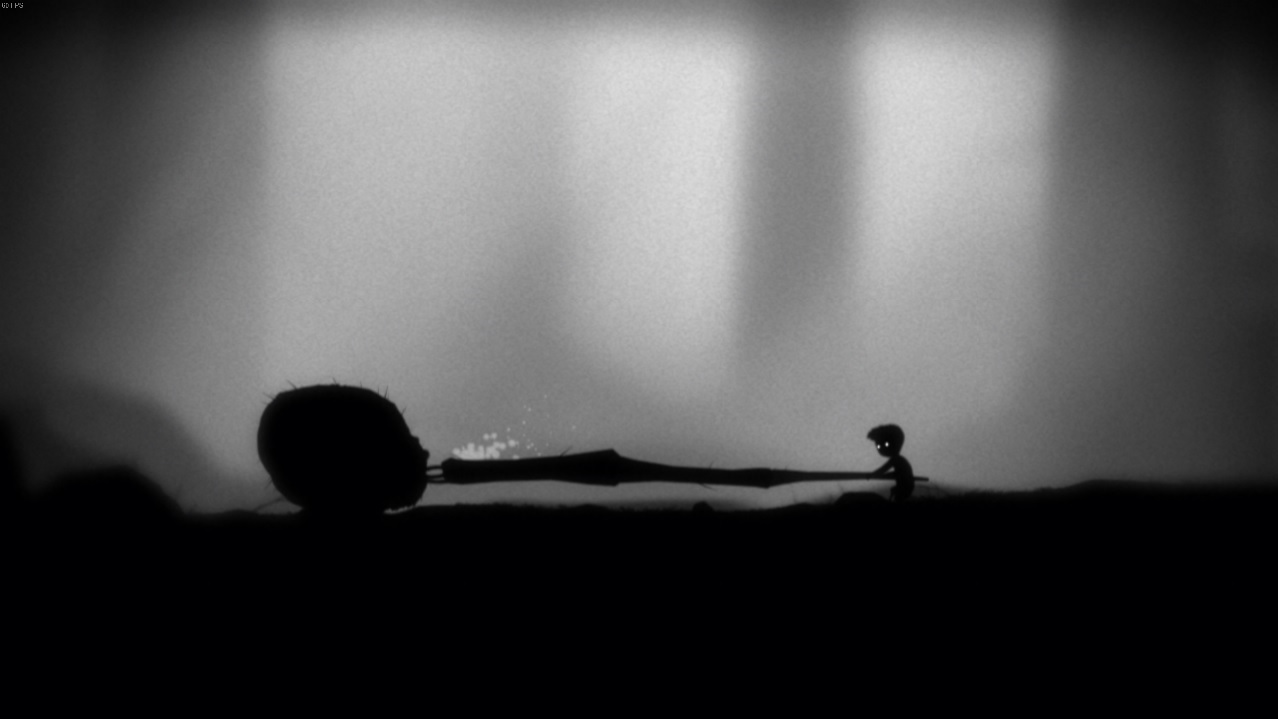