Tonality and rhythm in the sounds of LIMBO are used to indicate particular danger, as well as to accompany and highlight the manmade, industrial parts of LIMBO's world.

The most naturalistic parts of the world, which occur towards the beginning of the game, contain the fewest sounds with musical qualities.LIMBO opens in a forest, with only a filtered noise track playing in the background. The only other sounds the player hears in the first section of the game are environmental; the footsteps and breathing of the boy, the breaking of wood, the occasional buzzing of flies, and quite importantly, the low rumble of the giant spider...

This is the closest in the early game that the soundscape comes to producing a musical tone. It does not have an exact tone, though it does have an approximate pitch. The low rumble, which is present every time the spider shows up, occupies the first couple hundred hertz of the frequency spectrum. It shows up here on this spectrogram as a yellow strip at the bottom of the screen. I have also isolated the sound with a lowpass filter, so that one can listen without the background noise. 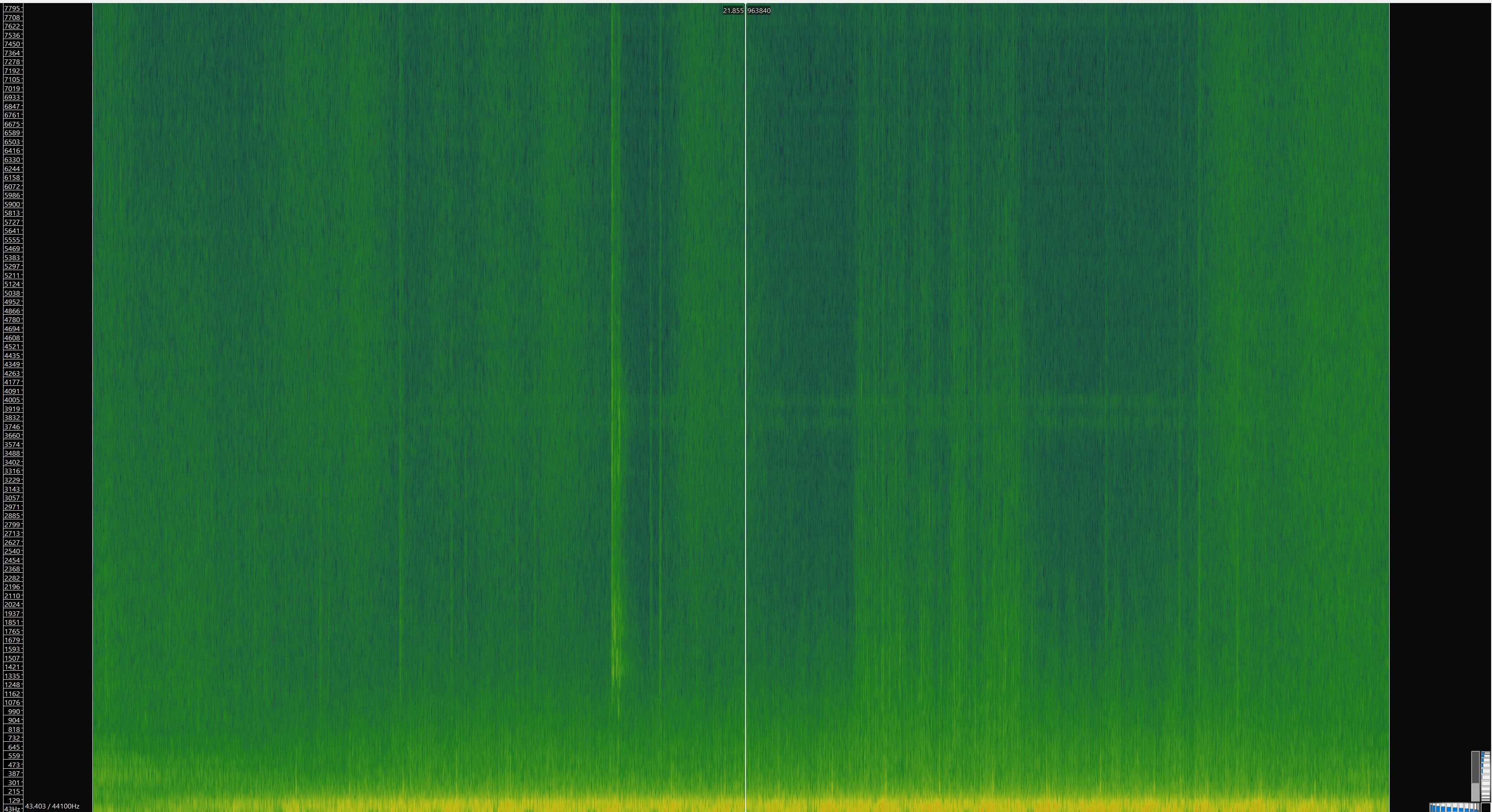 The first prononunced musical sound in the game, shown in the video below, is triggered by encountering this man-made trap.

By the final section of gravity-based puzzles,an excellerating rhythm comprised of tonal sounds is a constant presence in the soundscape of the game.

There is significance in how, once the boy breaks the barrier and exit the gravity puzzle section, the soundtrack changes to a simple, subdued chord, which fades to a single note, which eventually gives way to a simple noise track very similar (though not identical) to the one at the beginning of the game. The boy has gone through all the guts and machinery of LIMBO's environment, represented in the soundtrack through the rhythmic and tonal qualities that culminate in the gravity puzzle section, and you have returned to the simple noise of the open forest, lying there in much the same way you did at the beginning of the game.